Sally Crosby is a British singer-songwriter who grew up in rural Mid Wales. A ukulele, piano and acoustic guitar-based singer-songwriter, her songs are honest and raw, impassioned and emotive. She started out in music at the tender age of five years old learning the piano, a few years later and she'd taken up the violin and the clarinet.

Going on to study music and creative writing at university she found herself spreading her time between playing the violin in orchestras and with folk-rock band The Rambling Pilgrims, touring across the North Wales coast and Anglesey. Fresh out of graduation saw a new lease of life for Sally, who turned to writing for herself, mostly for piano and for acoustic guitar, an instrument she learnt as a teenager.

In 2013 her first single emerged and in summer 2014 she appeared on the festival scene with a packed-out schedule of dates across England and Wales including Wakestock Festival alongside Tom Odell, Frank Turner and John Newman, and FOCUS Wales, a festival with a focus on promoting young Welsh talent which she played three years running. Bucket of Leaves EP went live on Spotify and iTunes in October 2014 with her track 'Comet' receiving airplay on BBC Radio 6, BBC Radio Wales and BBC Radio Shropshire.
Sally's second EP 'All I Seem to Know How to Do Is Write Songs About You' was released in April 2017 and is heavily ukulele based with her new songs having been previewed in a radio session and interview with Choice Radio in Gloucester. So far Sally has played a host of shows and sessions with a view to promote under the radar talent, such as Oak Sessions, The Narrowboat Sessions and Sofar Sessions.​ Sally's singles "Good Enough" and "Beautiful" were released 2019 and 2020 respectively. In December 2021 Sally released her first Christmas single, "Like Christmas". 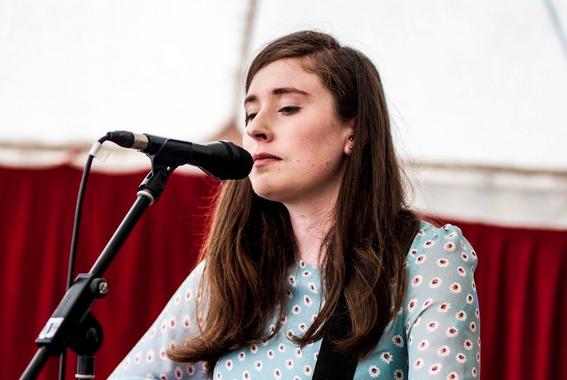